What Is a Tudor Style House? If you walked through different American suburbs, you’d likely find at least a few Tudor homes. These houses surged to popularity at the start of the 20th century – and now, they’re as distinct and recognizable as traditional Victorian designs. The Tudor style refers to a few choice architectural elements, plus a lengthy history.

What is a Tudor style house? Here’s a list of aspects that define Tudor style, plus a look at a few interesting facts.

These houses feature several unique characteristics. A classic Tudor takes inspiration from medieval residences, which showcased an old-world feel. This style originated at the end of the 15th century, as Englishman began to construct houses with brick and stone – not just wood. At this time, King Henry VIII ruled England, so people named this style for his House of Tudor.For the most part, you can expect a Tudor to display several specific qualities. These design elements tend to be:

Other details include large fireplaces, fake ceiling beams and asymmetrical layouts. Before chimneys became commonplace, people couldn’t build multi-level homes. There needed to be a roof hole to let out smoke, which impacted square footage. The Tudor style could’ve been the first architectural design to place bedrooms upstairs due to this addition.

Tudor’s Revival Throughout the U.S.

After King Henry VIII’s reign, the traditional Tudor design became less popular. The style didn’t resurface until the mid-19th century when it seemed to take over across America. By then, construction techniques had progressed, so builders combined some classic design elements with then-modern approaches. Many refer to these newer models as “Tudor revivals” or “mock Tudors.”

Pioneered by British architect Richard Norman Shaw, the Tudor revival flooded prominently wealthy communities across the country. Some people reference “Stockbroker Tudors” as a way to define an era where rich families preferred historical builds. Throughout the Northeast, well-off neighborhoods chose these designs to reconnect with more traditional architecture.

After the Great Depression and World War II, numerous Americans favored smaller homes, so the Tudor style went by the wayside. That said, you can still find some today. Unlike original Tudor style residences, Tudor revivals feature mostly brick and stone exteriors. They also replace the standard thatched roof with slate. Other than those distinctions, you can expect to see numerous similarities between the two.

Though these homes have been around for hundreds of years, they’ve hardly changed. You can still experience a Tudor’s elegant, rustic charm – even in the 21st century!

These days, it’s nearly impossible to find a completely traditional Tudor style home. Several interested homebuyers have restored their charm with new materials and fixtures, which aren’t original. As an architectural choice, there are several pros and cons to Tudor revivals.

If you’re after a distinct, unique style, mock Tudors offer these elements. They’re not as regal as a Victorian, but they’re beautifully historic. Plus, there aren’t too many originals left – and you could score a perfectly preserved home. You can also add personal touches, as almost any aesthetic pairs well with brown and black colors. Most include an expansive outdoor space, too. You can expect to enjoy a side porch or backyard patio as a part of your Tudor style home.

Because a lot of people covet them, a Tudor style house could cost you at least $300,000 – or more than $1 million if you need more than three bedrooms. Additionally, traditional Tudors feature thicker walls and large fireplaces, because workers built them for colder climates. You may not be able to find a wide selection of Tudors if you don’t live up north.

By now, most Tudors are about 80 years old. New versions aren’t as standard anymore, so you’ll likely come across a few structural issues.

What Is a Tudor Style House?

If you’re on the hunt for a home, and you’ve asked yourself, “what is a Tudor style house, anyway,” use this guide to learn more about the traditional English design. They feature beautiful, distinct exteriors and rustic indoor features. They’re a terrific choice for homebuyers who want a unique property.

For more information on architectural styles, check out the Complete Guide to Different House Styles. 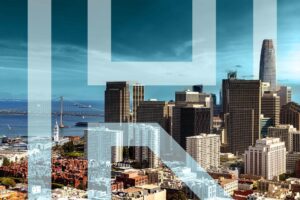